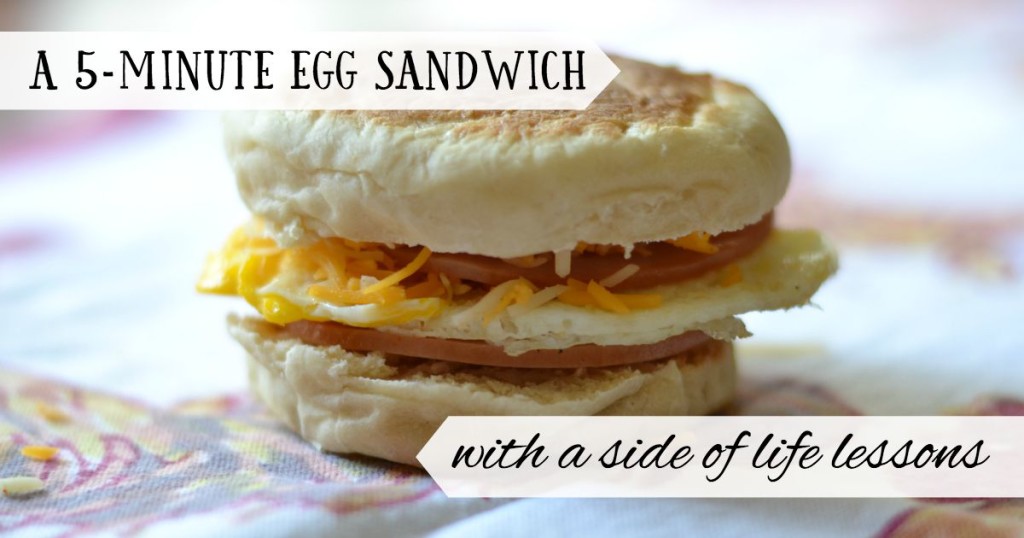 This started off as a much different post, originally called "THE 3-MINUTE EGG SANDWICH." Things didn't quite go as planned.

My daughter Brynn absolutely loves egg sandwiches ("eggies" as she's called them since she was three years old). I love them, too. Our favorite version is made with a fresh english muffin, a slice of canadian bacon, some shredded cheddar, and a hot fried egg with a partially cooked yolk.

The thing is, I like eating egg sandwiches a whole lot better than making them. It's not that I think they're hard to make; it just seems so much more involved than dumping some cereal and milk into a bowl. It requires a pan and a toaster and a spatula, and standing around and monitoring a bit versus just pouring and dashing onto the next thing.

A few weeks ago, I discovered some frozen "all natural" egg patties at the grocery store and they became my new BFFs. All you had to do was toss a patty onto a plate and heat it in the microwave for 60 seconds. They tasted good, and they were just so darn convenient! The whole sandwich-making process only took me three minutes from start to finish.

I headed back to the store, all excited to stock up on those egg patties so that I could continue making my super-fast egg sandwiches. Alas...they were nowhere to be found! I searched aisle after aisle, and finally had to accept that my new favorite egg patties were no longer being sold.

After pouting for a while, I decided I was going to just have to make them myself. I would spend some time cooking up a bunch of egg patties and then freeze them. How hard could it be?! I figured I could even turn it into a blog post...THE 3-MINUTE EGG SANDWICH! It would be great.

It took a little bit of experimentation to get the egg patties right. OK, a lot.

First, I went and bought this ring-shaped egg thingy that is supposed to shape a cooked egg into a cute little round english-muffin-sized egg patties.

This is what happened. 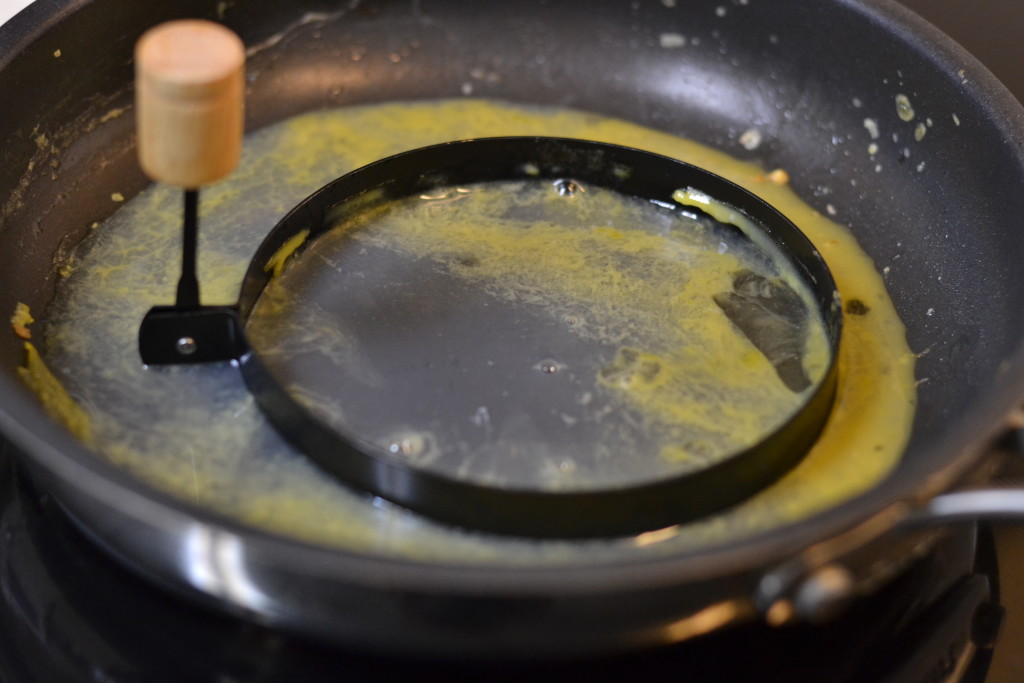 I then enlisted my husband who is otherwise known in our house as "egg cooker extraordinaire." He also had zero luck with the egg-shaper things, but he managed to make a free-form patty that was about the right size. 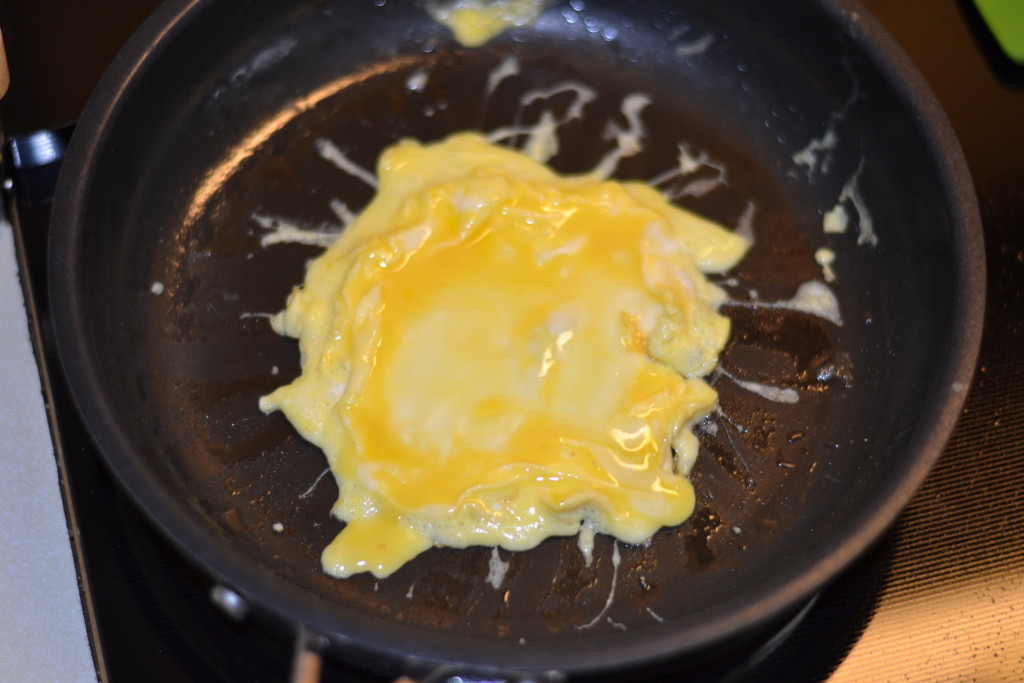 After he made about five suitable patties, I let them cool and then froze them in a freezer bag between sheets of parchment paper. I was convinced that even though the process of making the patties was sort of a pain, it would all be worth it when I could make a quick egg sandwich in the morning.

Well, today was the day. I came home from the gym eager to test out my three-minute frozen egg sandwich. I toasted up an english muffin, got out some cheese and Canadian bacon, and nuked one of the frozen patties in the microwave. It all came together so fast... 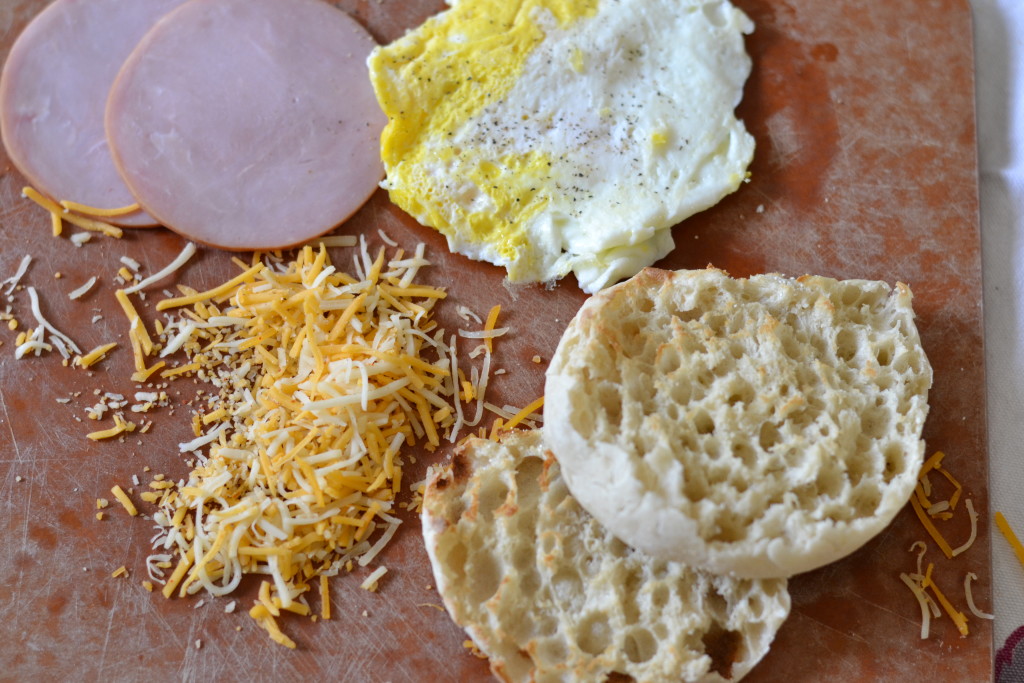 ...and it tasted TERRIBLE.

The thawed, cooked egg tasted nothing like the ones from the store. It was rubbery, watery, and gross. Thinking I might have microwaved it too long, I tried nuking another patty for less time. Same result.

I went online and started googling to figure out if there was some sort of trick to making a frozen egg patty that wouldn't be rubbery when heated up. I read through various threads with people advising to try adding cream or salt or baking the eggs in muffin tins or changing the microwave power level before defrosting. I thought about doing those things.

But then the rational little voice in my head spoke up and said: What in the world are you doing? Do you know how long you've spent trying to figure out how to make an already easy task a little easier? You are not curing cancer. It's an egg! In the time you've spent ruining a bunch of eggs and reading about how to fix them, you could have made 20 fresh egg sandwiches.

Listening to my voice of reason, I shut down the internet and went into the kitchen to make myself a regular, fresh egg sandwich. Out of curiosity, I set the kitchen timer to find out exactly how long it would take.

From pre-heating the skillet to taking my first bite, it took 5 minutes. 5 MINUTES! And that sandwich was darn good. 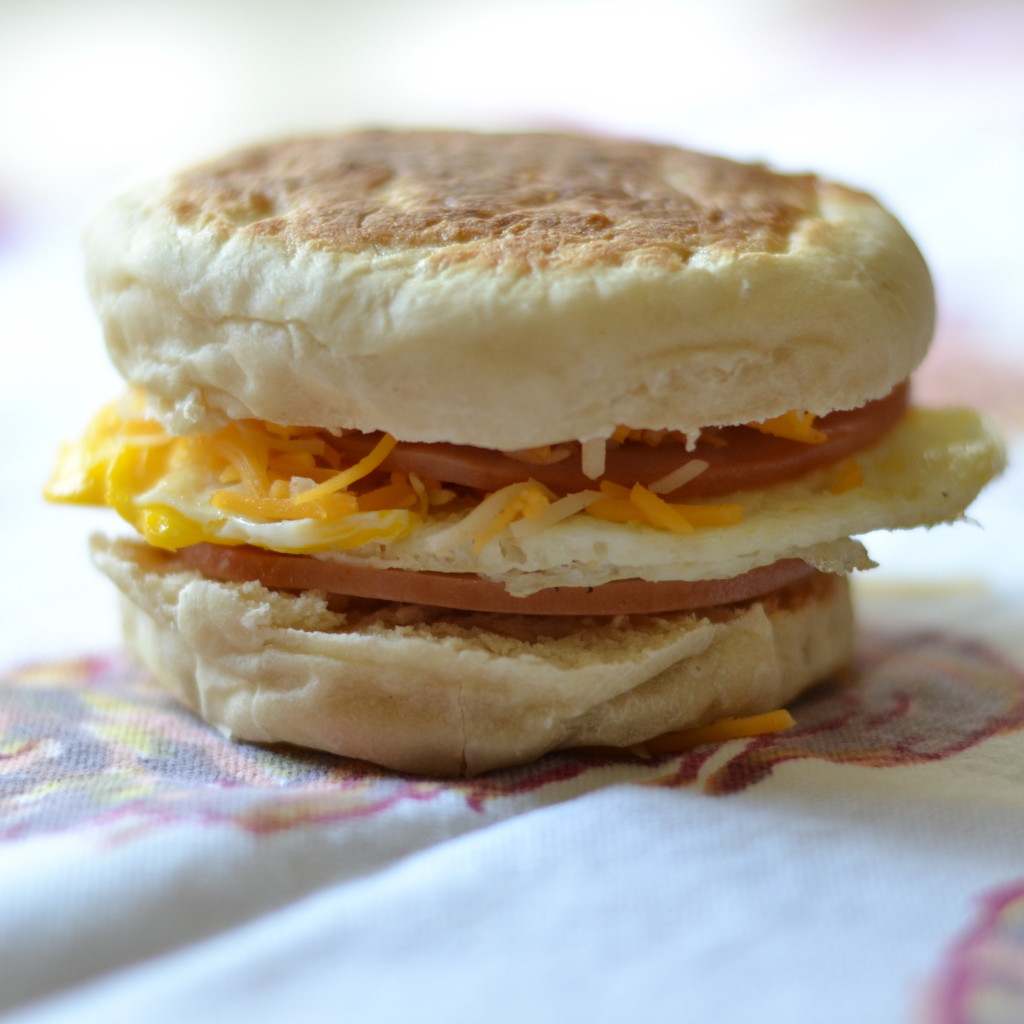 This whole experience got me thinking...

If I added up the minutes I waste on stupid things throughout the day, I'd see that investing five minutes on a delicious and fresh egg sandwich for myself or my eggie-loving daughter is totally worthwhile.

So I'm saying farewell to the 3-minute egg sandwich and welcoming the 5-minute one into my life. Although I can't promise that if I see those egg patties in the store again, I won't be tempted to buy them!
[mpprecipe-recipe:15] 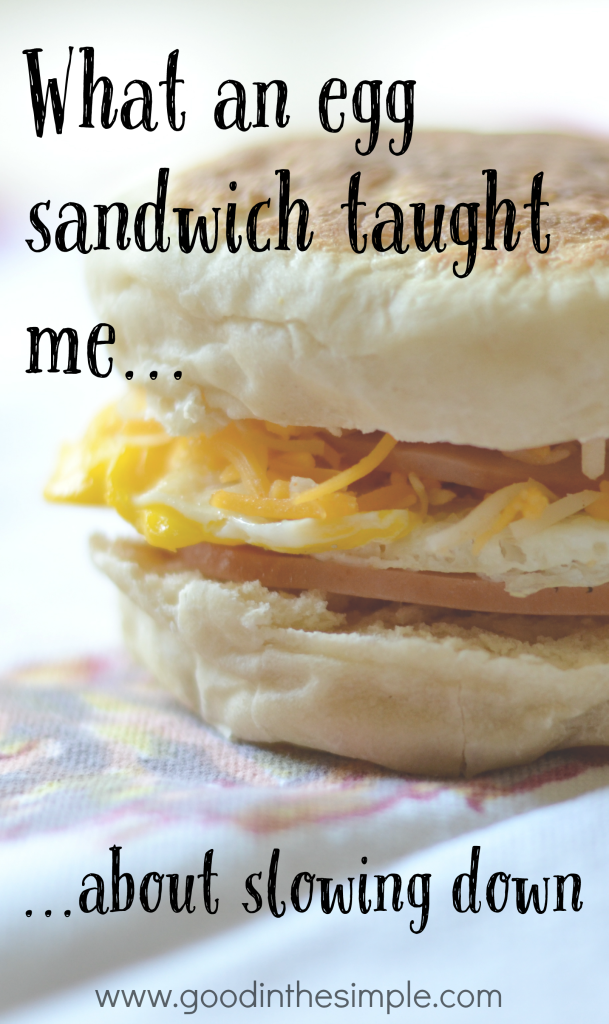 I loved how you shared with us your experiment failure, it was honest and funny, so entertaining. I've never made egg sandwiches, can you believe it? Don't know why when it sounds great. Will have to try it out soon, and will time how long it takes to make it ;-)

Haha I this was fun and honest yo read! Seems like we are opposities :) I mostly tend to be watching how I could cook my food as long as possible without ruining it :) I can't remember 5 minute meals. My wife would say I could learn from you :)

Keep up your passionate work over here! Cheers, simon

I like making all white eggies and skip the bacon most of the time. I also use wraps. I'll have to time I it!

I've been meaning to try the wraps. That would eliminate the need for the round egg patty too.

These are such a treat on the weekend. I don't think I would attempt in a busy school week but otherwise I love!

I agree...I do have 5 minutes to spare in the mornings, but I don't think I'm alert enough before school to attempt to use a stove. :)

I totally relate to this post. I'm constantly trying to make things easier and faster and my fiance is always saying, "Why are you fixing something that isn't broken?!" My favorite breakfast is an egg sandwich with miracle whip and ketchup and egg and spices on wheat bread. YUM.

Yeah, a lot of times the "old fashioned" way is the best!