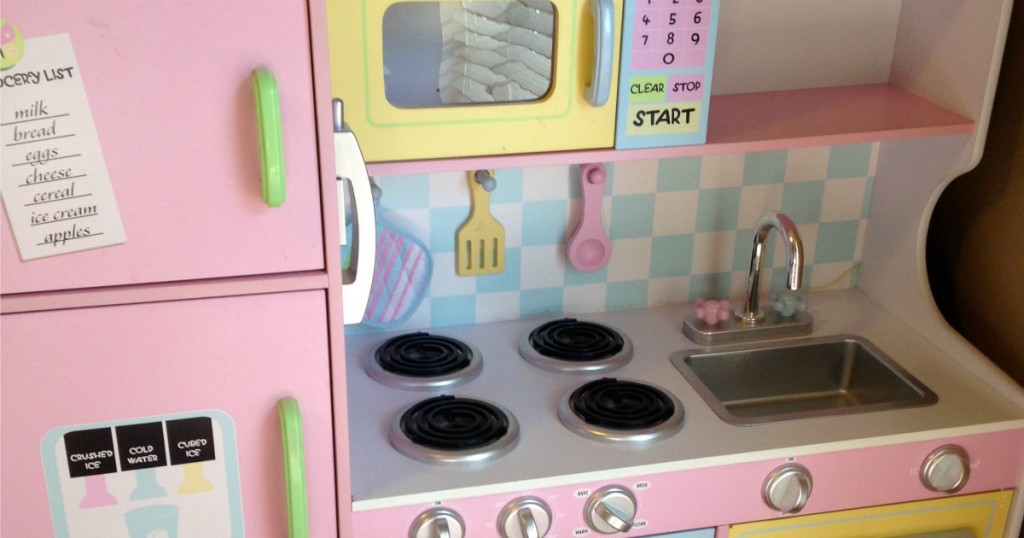 I sold a play kitchen today. It was gifted to my girls when they were two and four years old, and now they’re seven and nine. The time had come to let it go.

To get it ready to sell, I scrubbed it clean, and scrutinized it for imperfections to photograph and disclose to potential buyers. People want perfect things, and if something is imperfect, they want to know exactly what and why and how, so they can figure out what it's worth.

Here’s what I wrote in my ad:

Awesome play kitchen for a little girl! Clean and in excellent condition, except for two minor flaws. The wood in the back left corner is a little damaged (see photo #3), but the kitchen still stands perfectly steady. Also, there are some water spots along the "backsplash" (see photo #4). Otherwise, it's in perfect working condition.

Someone came and looked at it, and deemed it too imperfect for her grandkids. She didn’t want them to have a kitchen with a chipped leg, she said. Someone else claimed to be on their way to pick it up, but never showed.

I re-listed it, and lowered the price. As I went back and forth with several more potential buyers, I grew sad, annoyed, and a little resentful. I wished that instead of reducing our beloved toy to dollar signs and measurements and close-ups of its imperfections, I could convey what it's truly worth...to us.

Here’s the ad I really wanted to write:

Awesome play kitchen for a little girl! We’ve had it for five years, which means it’s been in my girls’ lives longer than it hasn’t. I can still remember the night my husband and I assembled it in our Arizona living room, feeling alternately proud of our efforts and hair-pullingly frustrated.

I attempted to make sense of the directions while he cranked an allen wrench approximately 10,000 times. We laughed and fist-bumped and cursed a little (maybe a lot) between sips of beer on that night before Christmas, taking turns checking the stairs to make sure no tiny feet were tiptoeing down.

I can still hear the excited squeals the girls let out when they first laid eyes on the kitchen that Christmas morning. They stood at it for hours, chubby toddler/preschooler legs and hands in constant motion, stirring and plating, preparing cupcakes and hotdogs and odd stews. I can’t tell you how many meals I ate from that kitchen, smacking my lips above a wooden cookie and pretending it was the most delicious thing I’d ever tasted. 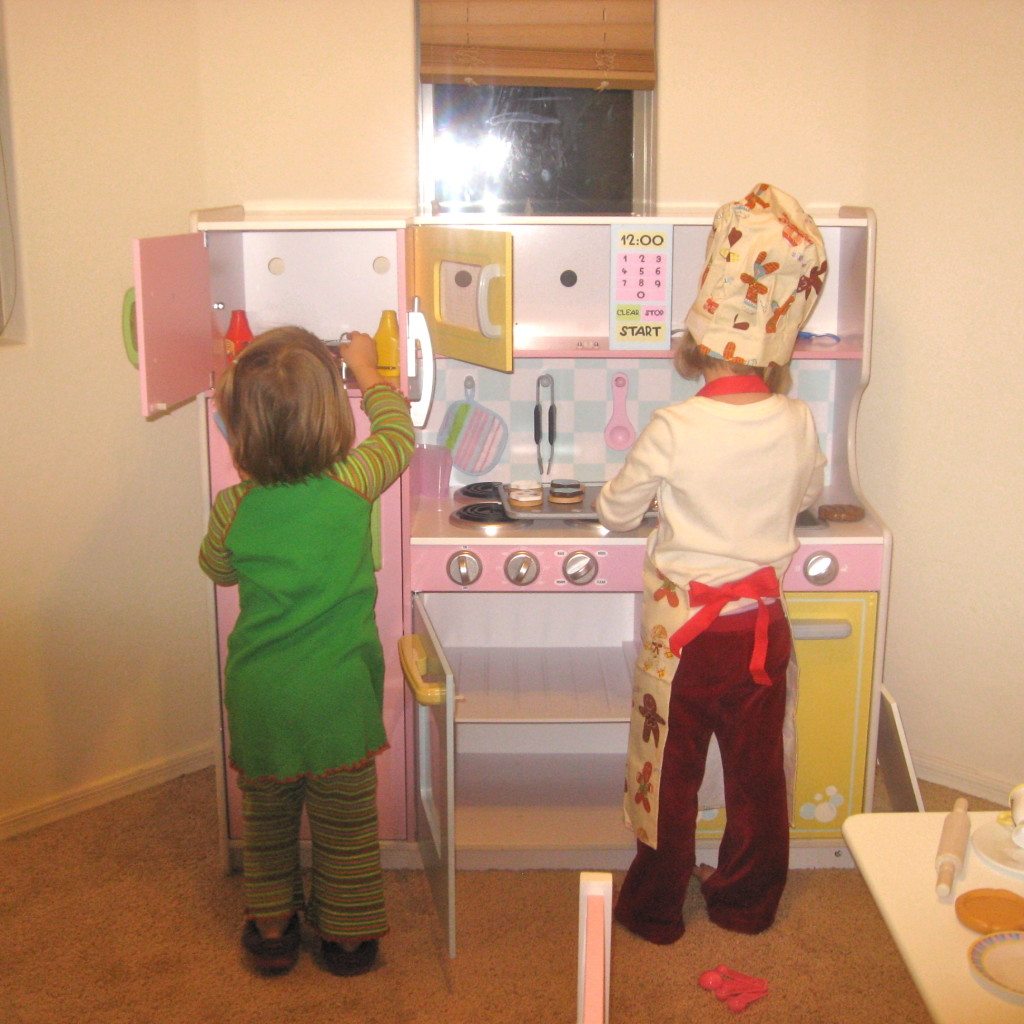 The kitchen has some flaws. The left back leg got a little chipped, probably during one of our moves. Do you know that this kitchen has been played with in three different states? Not many play kitchens can say that.

There’s also a water stain behind the stove area. It’s from the times I caved and said, “Yes, you can use real water” after the girls begged and relentlessly insisted that it just isn’t the same to pretend to cook with pretend water.

I didn’t want to bring the kitchen with us to Texas last year. It was big and heavy, and I thought perhaps it had been outgrown. The girls were more into dolls and figurines, and while they still liked to play "restaurant" from time to time, they didn’t use the kitchen as much.

But when they caught a glimpse of the photo I was uploading to Craigslist, they burst into tears. So the kitchen found yet another new home in the Lone Star State.

The change of location breathed new life into it. The girls crafted detailed menus with their newfound spelling skills, and played “Chopped” and “Cupcake Wars” based on their favorite Food Network shows. They loved teaching our little neighbor how to cook, and I watched them towering over her, guiding her cute little toddler hands in making stew. They turned the refrigerator into an apartment for stuffed animals, and the dish shelf into a bookshelf. I was glad we'd brought it with us. 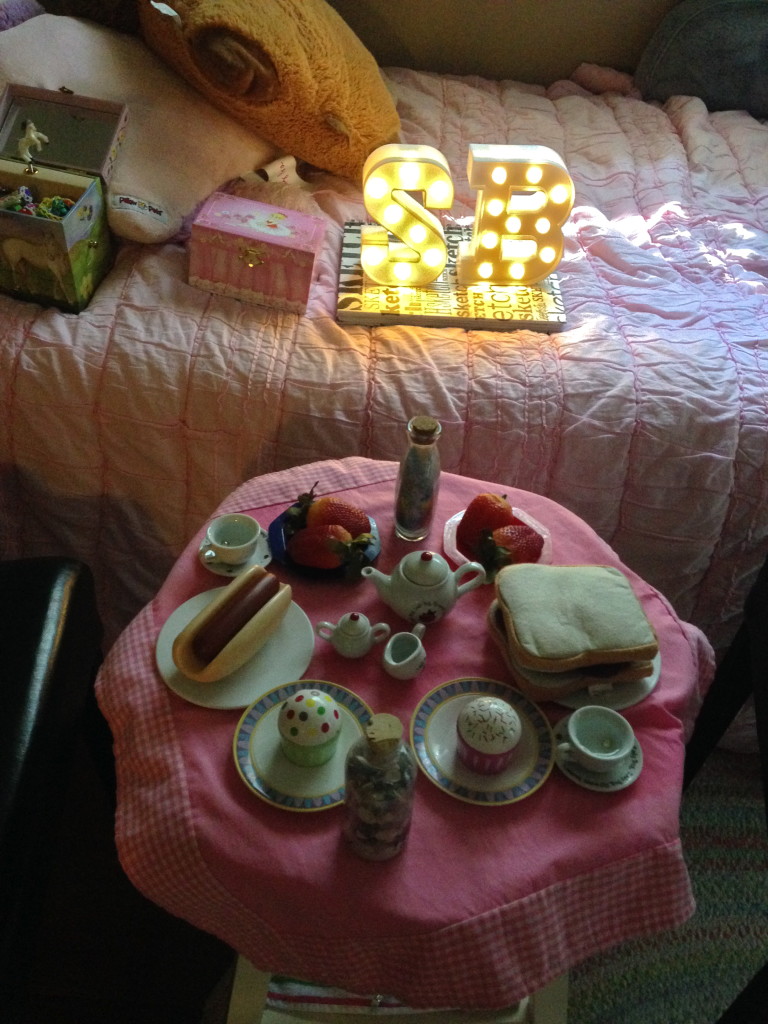 Then, suddenly, they decided that they were ready for it to go. “We want more room for ‘big girl’ things like bean bags and doll furniture and real bookshelves,” they said.

So I uploaded the photo once again. This time I was the one in tears.

No, the kitchen is not perfect. But it just doesn’t seem right to only point out its flaws without also pointing out why it’s special. It's provided years of precious memories. It’s been well-loved.

I hope your daughter will love it, too. 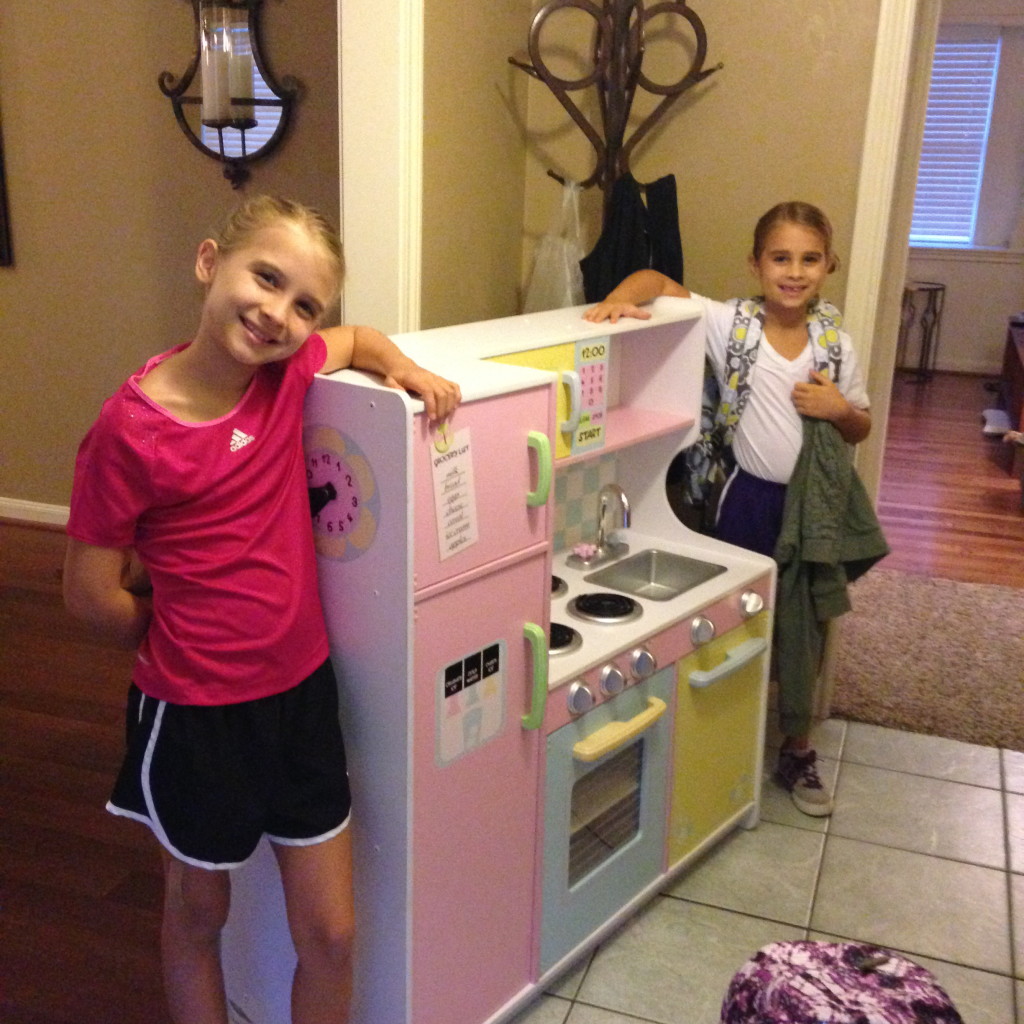 Okay...bawling! Dad wants to buy it for his little girl!